Countdown to COP26: It all ends in tears

Home
>
Latest News & Blogs
>
Energy and environment
>
Environment
>
Countdown to COP26: It all ends in tears

The final installment of Whitehouse Communications’ ‘Countdown to COP26’ blog series brings you a round-up of the headline stories from the final week of The United Nations Climate Change Conference (COP26).

After a fortnight of complex discussions and agonising negotiations over joint climate action, the UN global climate summit ended over the weekend with an agreement between nearly 200 delegates to confront the climate crisis with more urgency and commit to tougher climate pledges.

The Glasgow Climate Pact was largely welcomed as a “step in the right direction”, despite last minute interventions by Chinese and Indian negotiators to change the text to a commitment to “phase down” rather than “phase out” coal power. The late amendment almost pushed COP26 President Alok Sharma to tears as he apologised for the way the process unfolded, stopping short of calling the final deal a failure.

Under the terms of the Pact, countries are expected to republish their climate action plans by the end of next year, with more ambitious emissions reduction targets for 2030. Ministers will also meet every year at a supranational level to discuss plans and assess the commitments made in Glasgow. UN Secretary General, António Guterres, said the deal was “an important step but not enough” and it was “time to go into emergency mode”. Mr Sharma said the summit had “kept 1.5 alive” but added “its pulse is weak”.

Whilst many felt frustration over the specifics of the agreement, there was general agreement amongst climate groups, scientists, and politicians that the Pact was a promising start. The summit was also the first time in which delegates took a sectoral approach to tackling climate change, with separate agreements on methane, coal and deforestation. 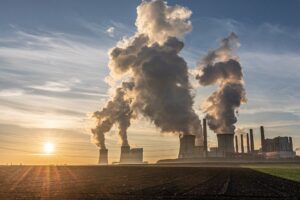 Perhaps the biggest surprise of the summit was the joint declaration made by rivals China and the United States to enhance climate action this decade to avoid “catastrophic impacts”. The declaration outlined their commitment to raising their domestic ambition but also to increasing cooperation in multilateral processes, such as the United Nations Framework on Climate Change (UNFCC).

Next year, the COP baton passes to Egypt. Countries have agreed to return for the next round of climate talks with stronger commitments to put the world on track for 1.5°C. Until then, the UK will continue to hold the COP presidency, with the spotlight returning to national action. The UK will need to balance implementing policy that backs the goals agreed at Glasgow with ensuring a just transition to green energy and infrastructure for consumers and industry. The government should prioritise engaging with industries already implementing environmental-based solutions to the more pressing challenges posed by climate change during that time. Cutting through will be difficult in a crowded arena, but not impossible.

On the international stage, the UK will be expected to work with countries to ensure their nationally determined contributions (NDCs) are updated to reflect the pledges made at this month’s summit. In the absence of strict policing and enforcement mechanisms, civil society must step up and call out countries that fall short. As Mr Guterres said, COP27 starts now.

Countdown to COP26: All eyes on Glasgow as COP26 officially begins

Countdown to COP26: Week One at the Conference