The future of UK banking and finance is pensions

Last Thursday saw the publication of “The Future of UK Banking and Finance” by New Financial and the Atlantic Council, launched with panels of the great and the good at the Banqueting House in Whitehall and a review in the Financial Times. The purpose of the report is to suggest a suite of reforms to help the UK finance industry retain its international competitiveness now that it is losing its place, post-Brexit, as the unchallenged European finance hub. The problem arises from a loss of relative scale, raising the City’s costs compared to its international rivals. The proposed strategic solutions in the report can, in the interests of the parsimony a short review requires, be boiled down to two actions: obtaining more business from other parts of the world and increasing UK domestic saving; either would deepen the pool of capital in the UK.

The report proposes a suite of regulatory and tax changes which are designed to reduce the cost of doing business in London. The authors put forward plausible arguments as to why in principle these changes ought to attract more capital to the United Kingdom. They also present a calculation to show how much more value various financial services markets (such as corporate bonds, domestic IPOs etc) would potentially generate if they had access to capital markets which were half the size of the US capital markets.

However, what the argument lacks is any estimation of the size of the difference any individual or combined sets of reforms would actually make to UK capital pools. Ideally, one would look at international comparisons where such reforms had already been undertaken and quantify the effects. This would then also allow a better analysis of the trade-offs. Reform of micro-prudential rules can have macro-prudential risks. If the beneficial effect of a particular reform is marginal and the downside risks of loss to the real economy are substantial, it is unlikely to be worth pursuing. To be fair to the authors, this is more obviously the job of the regulators, who ought to be conducting such analysis on a regular basis. The report points them to the areas where the financial services industry thinks such investigations ought to be undertaken.

A more general point which Lord Hill made at the launch event is that we have probably passed the high point of financial globalisation. This may mean the scope to replace the lost capital the City used to source from Europe with capital from elsewhere is circumscribed. This is partly a result of the general rise of nationalist and populist politics around the world. It is more specifically a consequence of the war in the Ukraine and the very successful organisation of financial sanctions against Russia. The West may have realised that it has allowed an over-reliance on gas to develop, which has given Russia a strategic lever; much of the rest of the world may also have realised that it has a similar over-reliance on western financial services and with similar political consequences. Even within the West, there are divisions. When Brussels and EU member state governments talk about the capital market union and the reform of its financial services laws, one of the principal objectives is “strategic autonomy”. This means they prefer financial services headquartered in EU member states and ultimately subject to their regulatory direction to hold the bulk of capital generated in the EU, not companies based in London or New York. 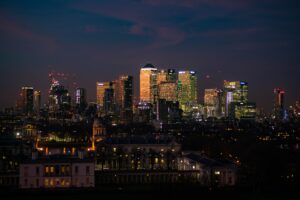 As far as generating more domestic saving is concerned, the report primarily targets pensions and insurance life products. The government also issued a consultation on the same day as the New Financial report on proposals for amending the Solvency II rules inherited from the EU. These, very sensibly, propose revising the risk rules for long liabilities, a reform the report also recommends. This essentially means that insurers running annuity books will be able to invest less in bonds and more in riskier but more productive assets, often in private markets. Strictly-speaking, this is not a Brexit dividend, since the EU is also proposing very similar reforms itself. While such a reform will likely offer a one-off boost for capital markets, the route by which it provides a sustained flow of capital is far less clear.

The individual annuity market was severely disrupted by George Osborne’s “Pension Freedoms”, which allowed capital to be switched from saving products to current consumption and taxation. The automatic enrolment master trusts are now making tentative steps to develop new annuity-type products but the traction they will achieve in a world of “freedoms” remains to be seen. The move from defined benefits to bulk annuities is not a panacea either as it is largely a reorganisation of the existing capital stock while the original source of funds dwindles away.

The report points to the work of the DWP as leading to a much greater take up of pension saving. However, an objective observer would note that having thoroughly wrecked the occupational pension saving system between 1979 and 2011, UK governments still only remain half-serious about recreating a system where most of the population save enough to generate pensions that give them a decent income in retirement. The underpowered system that currently exists is potentially very vulnerable to future electoral coalitions especially from voters who have contributed at what appears to be the government’s recommended level and turn out only to have access to miniscule pension pots.

In short, the authors make sensible recommendations from the perspective of trying to protect the international competitiveness of the UK finance industry. This objective matters to us all because of the jobs and tax revenue it generates. But perhaps the most interesting thing about the report is that it appears to indicate that the wider City may have become an advocate of a functionally effective funded national pension system. It is only baby steps, given the lack of fleshed out proposals for actual reform, and the rhetorical retreat by some panellists at the actual conference to the canards of financial education for the masses and the lack of mass appetite for risk. Nonetheless, if it’s true that the City is beginning to see the light on pensions, then this could be that rare beast, an actual genuine Brexit dividend.

Photo by Bit Cloud on Unsplash.

Big Tech is spending a fortune lobbying the EU, but is it paying off?