Big Tech is spending a fortune lobbying the EU, but is it paying off?

Home
>
Latest News & Blogs
>
European Union
>
Big Tech is spending a fortune lobbying the EU, but is it paying off?

Big Tech is spending a fortune lobbying the EU. Corporate Europe Observatory estimated in August that Google, Apple, Facebook, Amazon and Microsoft, colloquially known as the GAFAMs, have spent almost €23 million lobbying the European institutions. Twice as much as the top ten finance companies and three times as much as the top ten car companies. Yet, bang for this Big Tech buck appears modest. In fact, the draft legislation looks as if it will get tougher as it wends its way through the institutions. Do the likely outcomes in this case indicate that the potential value of lobbying is over-hyped?

If an avalanche is bearing down on the GAFAMs, it is not because lobbying is ineffective, but the opposite. It is because, contrary to popular belief, the GAFAM’s have been comprehensively outgunned. They have been overwhelmed because their business models threaten large numbers of European businesses, going much wider than tech, and these businesses have been lobbying their national governments, who have in turn put pressure on the EU institutions to act. 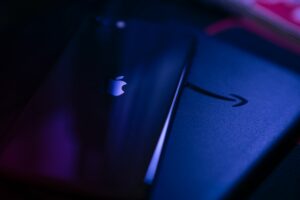 For those unfamiliar with the contents of the DMA, its essence is creating a special ex ante (i.e., up front) regulatory regime for digital platforms, creating much simpler tests than competition law to define which companies are caught. The belief in the member states and the EU Commission is that the GAFAMs have been too successful for too long in tying competition law processes up in legal knots, so this regulation bypasses it but nonetheless provides for similar remedies.

The latest indications are that an even more stringent draft Digital Markets Act will reappear the other side of Parliament and Council scrutiny. Last week’s meeting of the Parliament’s Internal Market Committee (IMCO) indicated MEPs still want to examine if internal market legislation can prevent “kill in the crib” acquisitions which stop start ups becoming future competitors. MEPs also want to enhance third party ability to claim punitive damages for breach of the future regulation. Important member states – France, Germany and the Netherlands too are keeping up the pressure on the European Commission to get tougher.

While the individual lobbying spend of the GAFAMs is massive, it is not vast enough to outweigh the lobbying conducted by multiple sectors of the European economy. If we take just the traditional telco industry alone, The Transparency register reveals 65 lobbyists arguing in favour of the DMA, compared to the GAFAMs 34 – even if most individual telcos have far fewer public affairs staff. Some of the biggest telcos also have special ties with member state governments as the state is a part-owner. At national level, governments have also regularly heard from other industries such as finance, who fear that the far more extensive proprietary data held by the GAFAMs about customers could allow them to disintermediate traditional financial companies.

After all, the EU is a multi-level system, and if you are engaged in a major lobbying campaign, then you need to target each level. The EU’s transparency register is a useful source of information about lobbying in Brussels, but it doesn’t accurately reflect lobbying strength because it only records what is happening at the tip of the iceberg. It doesn’t give us any information about what is happening inside member states on European issues, and, in the end, it is they that collectively decide. Even the biggest Big Tech isn’t yet capable of outmuscling the sum total of Europe’s economy.

Photo by Felipe Pelaquim on Unsplash

Lobbying regulation: please, sir, can I have some more?

Britain and the EU are still bound together, and British organisations will need to get serious about EU lobbying