Get onside for women’s sport or get left behind

Three rounds into the 2022 TikTok Women’s Six Nations and it’s obvious this tournament is unlike any of its predecessors. It’s the first time the competition, which brings together the best teams in Europe, has had a headline sponsor of its own, in a trend-setting deal with social media platform TikTok. In the UK, every game is being streamed live on BBC iPlayer with other nations like Sky Italia also offering viewing options. Then there was the England vs Wales match, played last weekend at Kingsholm stadium in Gloucester, which attracted a record crowd of over 14,000 people.

As in many traditionally male-dominated sports, the Women’s Six Nations has long suffered as an ill-appreciated younger sibling to the men’s event. Despite being the headline northern hemisphere tournament for rugby union, in previous years finding TV coverage of the women’s games was difficult to impossible. Matches were also often ticketed in tandem with a men’s game – as an opening or closing act rather than the main event. 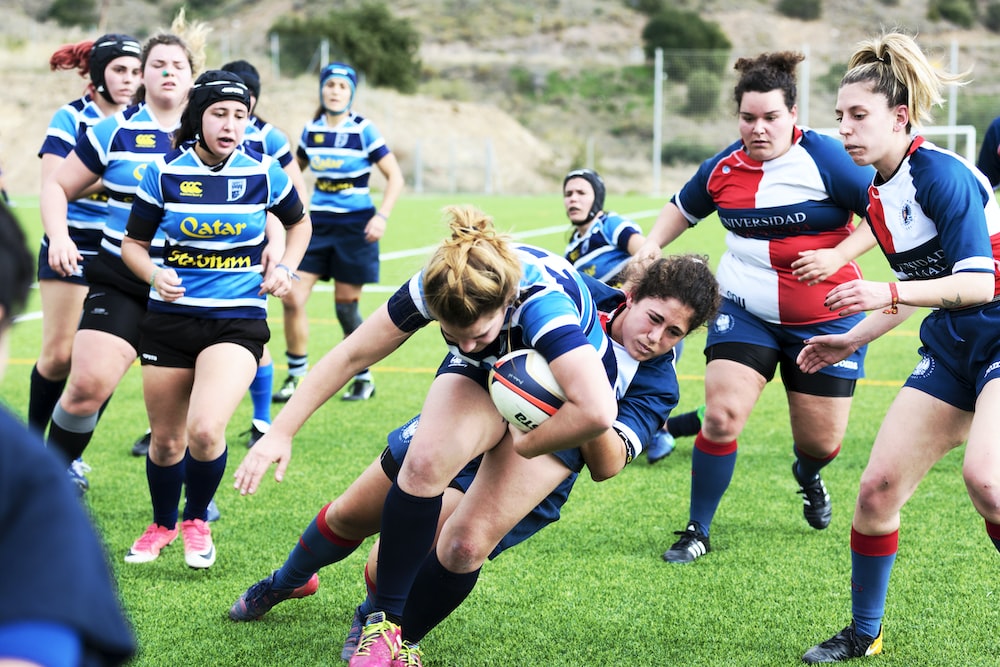 What has also been striking this year is the impact professionalisation has had on the women’s game. England, who have been fully professional for three years now, are streets ahead of the other nations, with most of their games looking like a training-field practice run rather than a high stakes test match. Wales with their newly funded 12 full-time and 12 part-time contracts are much improved from previous years, and France, who have had part-time contracts for some time, also lead the pack.

As women’s rugby has developed opportunities for those involved with the sport have also increased. England centre Emily Scarratt recently fronted a campaign for Adidas and there has been increased visibility of female commentators, coaches, match officials and journalists.

This movement in women’s rugby in Europe is part of a much wider trend around the world. Countries, clubs and governing bodies who are investing money and resources into women’s sport are starting to see the returns. Participation in women’s sport is steadily increasing and, in previously male-dominated sports like rugby, it’s often one of the fastest growing areas. What’s more, this trend is financially viable, new estimates suggest that women’s sport in the UK could generate £1 billion by 2030.

Move with the times or face reputational risk

For those who are unwilling to move with this shift however the reputational consequences can be dire. In Ireland, IRFU chief executive Kevin Potts and head coach Greg McWilliams have faced repeated criticism after hooker Cliodhna Moloney was omitted from the Six Nations squad. Moloney has been outstanding for her Premiership Wasps side this season and for Ireland previously, and many believe her exclusion from the Ireland team this year to be linked to her criticism of the IRFU’s handling of the women’s game. Many will remember the outrage in 2021 when Norway’s beach handball team were fined by the European Handball Federation for wearing shorts instead of bikinis. And, just this week, Northern Ireland Women’s football manager Kenny Shiels was forced to make a public apology after commenting that “women are more emotional than men” in a post-match press conference.

Brands, clubs and governing bodies must invest in the women’s side of sports if they want to continue to grow. Failure to do so, which might in years gone by have been considered an oversight, would be a damning misstep. Encouraging and supporting women’s sport makes sense socially and financially. Any organisation which misses this opportunity, is likely to find themselves left behind.

The Whitehouse Communications team are expert political consultants providing public relations and public affairs advice and political analysis to a wide range of clients, not only in the United Kingdom but also across the member states of the European Union and beyond. For more information, please contact our Chair, Chris Whitehouse, at chris.whitehouse@whitehousecomms.com

Are sanctions the solution to the Ukraine invasion?