Long after the world’s athletes battled among themselves in the quest for glory at the recent Beijing 2022 Winter Olympic Games, these Olympics will unquestionably be remembered for all of the wrong reasons. Whilst 2022 is the year of the tiger in the Chinese New Year, 2022 also appears set to be the year of “sportswashing” in the sporting calendar.

“Sportswashing” is the practice whereby authoritarian regimes take advantage of popular sporting events to put a gloss on their reputation and build their international standing. It is being increasingly used by some of the world’s worst human rights offenders.

The latest and most prominent example has been Beijing’s hosting of the Winter Olympics despite the Chinese regime’s systematic human rights violations against its Uyghur population, its crackdown on democracy and civil liberties in Hong Kong, and its longstanding repression in Tibet. With Beijing becoming the first city to host the both the Summer and Winter Olympic Games, the Chinese regime leveraged the global audience for sport to promote a distorted image of itself which distracts from its human rights abuses.

Not only an Olympic issue

Sportswashing” is not limited to the 2022 Winter Olympics. Later this year, the FIFA World Cup will controversially be held in Qatar. The Gulf country has been under the spotlight for its systematic exploitation of migrant workers, many of whom have built the stadiums and infrastructure needed for the World Cup to take place.

But its human rights abuses do not stop there. There are serious restrictions on the freedom of expression, institutionalised discrimination against women, and a complete absence of LGBT+ rights. Through its hosting of the World Cup, the Qatari government will hope to obscure its human rights record and present itself as a forward-looking nation.

Other recent examples of authoritarian governments utilising “sportswashing” to improve their international image include Saudi Arabia’s hosting of a Formula One Grand Prix and the awarding of the European Games to Azerbaijan and to Belarus in 2015 and 2019, respectively.

Whilst the most infamous instances of “sportswashing” have centred around the hosting of prestigious sporting events by authoritarian governments, Europe is not immune to this problem. In the big money world of European football, an increasing number of teams are now either owned or sponsored by entities linked to authoritarian regimes known for their human rights abuses.

Most recently, this trend has been highlighted by the acquisition of Newcastle United by a consortium led by the Saudi government’s sovereign wealth fund, a government whose human rights abuses require no introduction. Elsewhere, Paris Saint-Germain are owned by a Qatari government investment fund, and Arsenal are sponsored by the tourism board of the repressive Rwandan government.

Serious human rights violations made by these governments have been most recently documented in Human Rights Watch’s 2021 Annual Report. More widely, the sporting world is also awash with money from other ethically objectionable sources – such as fossil fuel suppliers, betting companies, and kleptocratic oligarchs – all hoping to improve their reputation through Europe’s sporting institutions. 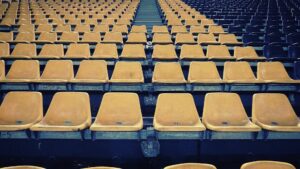 Cleaning up the act

Currently, there appears to be little appetite to tackle the growing role of authoritarian money within European sport or to rethink the suitability of autocratic regimes in hosting prestigious international events. The limited criticism of the recent Saudi takeover of Newcastle United contrasted the outrage expressed at the prospect of a European Super League replacing Europe’s existing Champions League competition.

Extricating the sporting world from dirty money will not be an easy task when waves of investment have brought immense wealth to those involved and helped to stimulate a lucrative industry, particularly in terms of European football. However, what is needed is the collective will of Europe’s politicians and sporting fans to agree that sporting institutions must not be tainted by funds linked to human rights abuses or hijacked by authoritarian governments and unscrupulous corporations hoping to improve their international reputation.

The decision to remove Saint Petersburg’s hosting rights to the Champions League final following Russia’s invasion of Ukraine shows that we can break the link between the sporting world and authoritarian regimes if the political will exists.

Calls for potential owners of football clubs to be put through more stringent tests to assess their suitability are a move in the right direction. However, such tests won’t truly be stringent unless they include comprehensive and clear human rights standards with due diligence conducted to verify that they are met. These human rights considerations also need to at the heart of the decision-making process when awarding hosting rights for international sporting events.

To find out more about how Whitehouse’s work supports human rights issues in China and across the globe, please view here.