Interview: European Media Freedom Act – Does it protect media pluralism and independence in the EU?

In mid-September 2022, the European Commission unveiled its legislative proposal on the European Media Freedom Act (EMFA), a new flagship initiative to protect media pluralism and independence in the European Union.

Whitehouse sat down with Leon Willems, Senior Advisor International Partnerships at Free Press Unlimited and Oliver Money-Kyrle, Head of Europe Advocacy and Programmes at the International Press Institute, two leading organisations fighting for independent, accessible journalism and the protection of press freedom, to discuss the proposal.

Leon Willems: At Free Press Unlimited we welcome the actions of the EU commissioners to develop a more proactive safeguarding of media freedom and especially providing existential guarantees for the independent media to survive at the EU level. We see the need for an EU-wide improvement of the viability of independent media, which remains under threat, in many EU countries, especially economically, which is why it makes sense for the EU to step into this terrain.

The EU faces ever-increasing danger to media pluralism through the increased concentration of media ownership. The proposed impact assessment on Member States under the EMFA is, therefore, in essence, an important first step in safeguarding media pluralism. It requires member states to evaluate the plurality of the media landscape and assess the vulnerability of the media sector. However, it is unclear what the consequences of such an assessment are and how the EU will enforce Member States to address negative outcomes.

We do see other areas that need fundamental improvement. For instance, we do call for a broader definition of state funding in order to effectively regulate all sorts of state funding. On top of that, the 1 million inhabitant threshold for local governments for this provision seems redundant and impractical.

The proposed universal standards in terms of audience measurement on platforms are said to be an antidote towards inflated circulation numbers and fake and robot accounts, which in turn could provide for more advertisement transparency on social media platforms. It is a step towards standardization which national regulators should take on as an urgent responsibility. Fin-tech and add-tech algorithms add to the obscurity and unclarity of audience measurement. Standardization would be a huge step forward for fair market principles that the EU Member States should embrace.

Lastly, in regard to the newly appointed “Board” (European Board for Media Services), it is still unclear how its independence will work in practice. We stress the need for more clarity here, as this will be an important monitoring and supervisory institution.

Oliver Money-Kyrle: The EMFA is a welcome attempt to address the media freedom crisis that has grown increasingly apparent in parts of the European Union over the past decade.

The threat of politically driven media capture, where the party in power abuses the economic and regulatory levers of the state to gain control over the media, is a systemic menace to democracy not just in the countries where it is practised but, left unchecked, to the EU’s entire political space.

The EMFA has been launched to provide the Commission with the legal tools to intervene against such abuses of power. In doing so it identifies many of the key issues to be addressed including calling for enhanced media ownership transparency, strict criteria for, and transparency of, the distribution of government advertising funds, and enhanced protection against politicised appointments to public service media. This, on its own, is ground-breaking and very welcome.

Unfortunately, the current text of the EMFA fails to back up its aspirations with sufficiently enforceable rules that can prevent or undo media capture where it has become entrenched. There is no enforcement mechanism for ownership transparency, there are loopholes in state funding and the powers of the new Board are limited to issuing opinions which can be shrugged off by national regulators that disagree.

The Commission is hampered by the lack of a clear legal basis to legislate on media issues and has justified the action on the grounds of strengthening the single market. As a result, the EMFA lacks an overarching vision that would place the legislation within a broader human rights framework.

Leon: Not enough. Even though we welcome transparency obligations introduced by the EMFA, we were concerned to see that these obligations only apply to state ‘advertising’, and not to other forms of funding and broader state ‘aid’. Initially, the EMFA was supposed to regulate state ‘aid’ to media, in order to effectively shield media from any type of (financial) state interference. However, this initial ambition has been narrowed down to solely state ‘advertising’. Even though, in reality, there are many other ways that states can influence the media through funding. The EMFA has missed an opportunity here to address this fundamental issue of media capture through state aid.

Oliver: IPI has been reporting on the abuse of state advertising to aid media capture for years. This practice is not confined to Hungary or Poland but has proliferated across many EU member states.

The EMFA requires public funds for advertising to be awarded according to ‘transparent, objective, proportionate and non-discriminatory criteria and through open, proportionate and non-discriminatory procedures’. All of this is very welcome, however, it also needs significant strengthening, to remove loopholes, and expand to cover all forms of state funding for media.

For instance, benchmarks that limit the proportion of advertising expenditure to favoured media or that guarantee advertising is distributed across the media without discrimination are absent with the details of the distribution criteria left to member states to develop. Inevitably governments and regulators that have already been ‘captured’ are unlikely to develop sufficiently robust criteria.

But perhaps more importantly the EMFA fails to address the indirect funding of media through other state contracts. Business tycoons who often grew rich in industries dependent upon state contracts, such as construction, energy, or agriculture, have invested in media to exercise political influence and protect their financial relations with the state. For the EMFA to really tip the balance against media capture it must stop media owners from participating in and benefiting from public tenders for non-media related state contracts.

Leon: No. We would have loved to have seen stronger and further reaching regulation in regard to platforms. The digitalisation and the shift of advertising income from media organizations to platforms, have eroded traditional business models of (independent) media, thereby severely affecting the viability of quality journalism. On top of that, there exists a huge power imbalance between platforms and publishers, which have distorted media markets. The EMFA had the opportunity to level the playing field between these actors by regulating these platforms ensuring that journalists are paid for their work.

Oliver: Indeed, the EMFA has reopened a debate about whether, and how, media should be protected from platform decisions to remove content. As a network of editors and journalists, we believe journalists should not be subjected to arbitrary content removal. However, we also recognise that a blanket media exemption would undermine the efforts of the DSA to fight disinformation.

But much of this is a distraction from the broader issue of how to undo the damage caused by the platforms’ dominance of advertising revenue that media had previously depended upon to ensure a supply of quality journalism. This crisis has decimated the media economy leading to the growth of news deserts, particularly local news and investigative reporting leaving space for disinformation to flourish.  The problem may better be solved by reducing the dominance of a handful of very powerful platforms.

Leon: As mentioned before, a stronger focus on the role and responsibility of the platforms would have been welcomed. The EMFA could have created a level playing field by enabling a fair market by addressing the power imbalance between platforms and media, and by ensuring that journalists are paid for their work. This is one of the most pressing issues at hand: the effect of Big Tech in terms of the financial crisis that the (independent) media now is in. And which is something that is inextricably linked to achieving media freedom.

Leon: This is tricky to predict. This is a rather unpredictable process, as there are many joint and vocal stakeholder groups active at the moment, which are against the EMFA in the current form. It also depends on what will remain standing in terms of regulation after the legislative process of amendments and assessment by the Parliament. In terms of lobbying, we’re at the start of an important trajectory here. We are concerned about the lack of engagement of Member States and their pushback against regulating the market.

Oliver: Resistance to the EMFA comes for three main sources, member states that have incubated and are now exporting the problem of media capture, member states with relatively healthy media sectors who are wary of the EU stepping into the new territory and publishers groups who see any regulation as a threat to their freedom to conduct business and to publish. The Parliament and the European Commission have a very good understanding of the problems that the EMFA needs to address, but it will be in the Council where the key battles are most likely to be held.

Leon: Join the discussion and advocate for better regulation of a fair and stable market for independent journalism and join existing efforts and enter into dialogue with industry allies, such as European press freedom organizations. The EMFA will introduce legislation that will have quite an impact on the industry. It is now essential to ensure that this legislation actually leads to effective guarantees for media freedom.  Ultimately, we all need to ensure that it is a law that effectively protects against politically driven media capture, media concentration and the sustainability of the (independent) media.

Oliver: Debate within the industry is polarised between those who view all regulation as a threat to media freedoms and those that believe only strong regulation can save media freedom. We need a much more constructive dialogue that recognises the legitimate concerns of the different sides to shape a media freedom act that can genuinely address media capture while ensuring safeguards against regulatory overreach.

Whitehouse Communications can help position you in the debate. As experts in political analysis and consulting, we can assist in building alliances, crafting messaging, generating support for your views and asks, and feeding your position into the policy-making process. If you have any questions, please contact Viviana Spaghetti at viviana.spaghetti@whitehousecomms.com 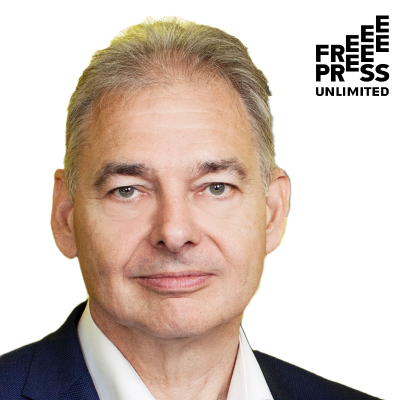 Leon Willems is Senior Advisor International Partnerships at Free Press Unlimited, a Netherlands-based Press Freedom organisation working in over 40 countries globally. He initiated the International Coalition of Civil Society Organisations for the Safety of Journalists, which serves as a consultative group for the UN Plan of Action for the Safety of Journalists and the issue of Impunity, led by UNESCO. Free Press Unlimited is also one of the world’s leaders in emergency support to journalists in danger and is currently carrying out a cold case investigation project into the murder of journalists, a Safer world for the Truth. 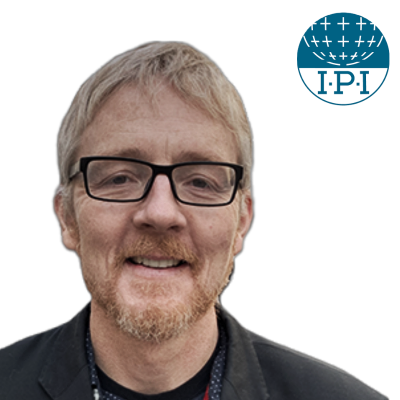 Oliver Money-Kyrle has been working in media freedom for over twenty years. He joined IPI in September 2019, first as Turkey campaign coordinator and then as Head of Europe Advocacy and Programmes. He leads IPI’s advocacy around EU legislation including the Rule of Law mechanism, the safety of journalists’ recommendations, the Anti-Slapp directive and now the EMFA. He has been particularly focused on media capture faced by IPI’s members in central and Eastern Europe and how the EMFA can address it.

Euro Channel: The EU and UK should follow the US’ lead on Hong Kong sanctions