SPECULATION THAT, AS PRIME MINISTER, LIZ TRUSS WILL HAVE A CHALLENGE MANAGING THE PARLIAMENTARY CONSERVATIVE PARTY IS MISPLACED, ARGUES WHITEHOUSE COMMUNICATIONS.

It’s true that less than a third of Conservative MPs actually voted for Liz Truss in the final Westminster round of the ballots for Conservative Party Leader, but that doesn’t mean she will inherit a fractious and bitterly divided Conservative Party, as some political consultants have predicted. There are three clear reasons for this.

The Power of Patronage.

First, unlike Iain Duncan Smith when he also won the leadership of the party with minority parliamentary party support, and became only Leader of the Opposition, Liz Truss as Prime Minister will enjoy the substantial powers of patronage. The power to make or break ministerial careers; to barter with knighthoods and peerages; to appoint to prominent positions with great travel opportunities a whole raft of special envoys for trade, freedom of religion and climate change; and to approve and fund schemes in the constituencies of blue wall Tory MPs that will help them hold their seats. 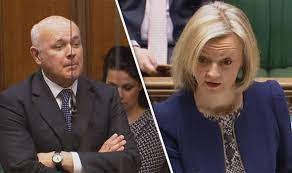 Grubby, pork-barrel politics perhaps, but tried and trusted ways of earning unity and support. It’s not for nothing that the Government Chief Whip is also the Patronage Secretary, misleadingly known as the Parliamentary Secretary to the Treasury.

Party Unity is a Pre-requisite for political success.

Secondly, turkeys don’t vote to be on the menu for Christmas, and Christmas is coming in the form of the next General Election. Whether it comes in 2023 or 2024, if the party is divided as it looms then all those Conservative gains in 2019 are likely losses. The electorate has scant time for a party that is divided and bickering internally. Expect solid shows and declarations of unity, fraternity and team spirit from Conservative MPs.

Getting out the vote.

Thirdly, the Conservative Party’s activist base is still smarting at what is sees as the political assassination by the Parliamentary Conservative Party of their Brexit-delivering hero, Boris Johnson. Without winning back the respect, commitment and enthusiasm of those activists, there will be no machine to identify and get out the vote on polling day. The Conservative Party does not generally go in for the indulgence and brutality of deselecting sitting MPs, but it can happen. There is, in particular, a real danger of a lack of motivation at grassroots level if a warming and uplifting tide of unity doesn’t bathe the party once Liz Truss is elected Conservative Party Leader and is asked to form a Government by Her Majesty the Queen.

More on the Conservatives can be found here.