The Future of Boris Johnson

Chris Whitehouse, Chair of Whitehouse Communications, and a prominent political consultant and public affairs lobbyist, has been consistent in his view that Boris Johnson would lead the Conservative Party into the next general election. Has his view now changed? 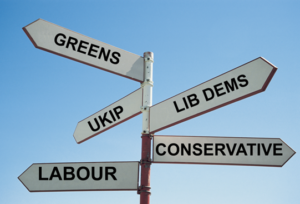 ‘When the facts change, I change my mind, what do you do?’ would seem a timely quote to recall as political consultants continue to analyse the fall-out from the drunken behaviour of the Conservative Deputy Chief Whip, Chris Pincher, from whom the party whip has now been withdrawn. Pincher has admitted that his behaviour was unacceptable, but reports have now emerged of a record of inappropriate sexual transgressions in the past.

I am not particularly a fan of Boris Johnson as Prime Minister, but despite eight months of continuous sniping from the Westminster bubble elite, he managed to dodge the bullets of party-gate, the criminal conviction of one of his MPs for sexual assault, the resignation of another for viewing pornography in the Chamber of the House of Commons, allegations that he sought a senior paid position for his wife, Carrie, a Downing Street redecoration scandal, his attempt to block the suspension of Owen Patterson MP for breaching paid political consultancy rules, the fall-out from the May local government elections, the loss of two parliamentary byelections, and a no-confidence motion in the House of Comms.

What is the future of the conservative party?

But, the Pincher affair is different. It is going to drag on in the public eye – the Labour Party, whilst taking the moral high ground, will ensure that the media has repeated excuses to return to the lurid theme of drunken male Conservative MPs groping other men. It’s hard to imagine how additional emerging allegations, and, indeed, the events which Pincher has already acknowledged, will not lead to some kind of police investigation.

That investigation will take a long time. Whatever the outcome its framing will continue as an ongoing criticism of Boris Johnson’s judgement in appointing Pincher to such an influential position and in seeking to avoid the obviously inevitable withdrawing of the party whip.

He’s dodged so many bullets over the last two years, handled the pandemic [for better or worse] and is a hero in Ukraine for his unstinting support for that country personally, politically, diplomatically and militarily, but this time he is wounded. His support in parliament, and now in the public mind, is bleeding away.

What is the future of Boris Johnson?

Boris will resist the pressure to resign imminently, but go he will before the next general election and a new Conservative Party leader will be put in place to try to salvage what’s left of the Conservatives’ reputation.

There’s an old adage that oppositions don’t win general elections, governments lose them. If that’s true, there was never a more optimistic moment for steady-as-you-go Starmer and his inevitable political allies, the Scots Nationalists.

The Whitehouse team are expert political consultants providing public relations and public affairs advice and political analysis to a wide range of clients, not only in the United Kingdom, but also across the member states of the European Union and beyond. For more information, please contact Whitehouse Communications Chair, Chris Whitehouse, at chris.whitehouse@whitehousecomms.com.

More on Boris Johnson can be found here.

Whitehouse Communications discuss: Is it time for Boris Johnson to step down?