Boris buys time, but must serve up red meat.

Boris Johnson’s victory in the vote of no confidence called upon his premiership has bought him time. Another such vote cannot be called for 12 months, but he must urgently use that time to serve up red meat for Conservative MPs and grassroots activists.

Comparisons with waning premierships of former Conservative Prime Ministers John Major and Theresa May are flawed. The former, having lost his majority through byelections and desertions, was struggling to get measures passed in the House of Commons, the latter was proving demonstrably ineffective in the face of a House of Commons determined to stop at all costs even her much watered-down Brexit deal.

Boris Johnson is not facing either of those scenarios. He should bring forward true Conservative policies around which his own party can unite, and which he can ram through the Commons with his still sizeable parliamentary majority.

Conservative backbenchers, and the nation as a whole, urgently need to see real tax cuts and a real package to address soaring fuel costs. They need to see a drive to improve efficiency and effectiveness in the National Health Service, and a rigorous shaking of the education establishment to boost school standards and outcomes. They need further investment in our armed forces informed by the experience of the Russian war in Ukraine, a determined foreign policy continuing to build alliances with democracies around the world, an end to the problems of the Northern Ireland Protocol, and a bonfire of regulations to capitalise on the benefits of Brexit freedoms. These are all measures that are being sought, indeed demanded, not opposed by his own MPs.

Conservative policies will save Boris’s bacon

In short, if Boris delivers conservative policies, he will save his own bacon – he will lead his party into the next general election. If he doesn’t deliver such policies, and deliver them soon, his support will erode and he will be enfeebled and ineffective in office – so ineffective that his political demise will become inevitable.

If you’re drinking in the last chance saloon, Boris, down a large one, and serve up that red meat with gusto! 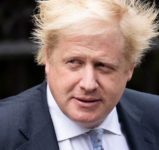 More on Boris Johnson can be found here.