What a week in Westminster (we’re getting tired of writing that one). In a truly tumultuous few days, we reveal who’s top and who’s not.

It’s official. For those who doubted the political authority and sheer staying power of crisp salad, the famous decomposing lettuce, rather fittingly adorned with a blonde wig, has outlasted our PM. A well-deserved spot in this week’s top list for this political heavyweight and delicious sandwich filler. Just three months after his ambitions to get the top job in politics were behind him, Hunt has had quite the turnaround following his appointment as Chancellor on Friday.

Left to pick up the disastrous fallout from his predecessor, Hunt is now both the public face of government, its leading decision-maker, and its primary spokesperson. After being described by Bloomberg as “UK Prime Minister in all but name”, it will come as no surprise that the new Chancellor has secured this week’s top spot.

The Chancellor garnered 18 of 357 votes from his parliamentary colleagues when he ran for leader last summer. However, with the party more divided than ever, this seems to have worked in his favour. Hunt’s appointment has restored a sense of calm, including with the markets.

Completely ripping the economic budget to shreds in one of the most dramatic U-turns in political history, the initial reaction from Hunt’s first statement was positive with the pound rebounding against the dollar in the immediate aftermath.

But that calm could prove illusory. The economic policies now being pursued means that we have a Sunak government without Sunak. For better or worse, this is not what Tory members voted for in September, it is not what Tory MPs voted for in July, and it is not what the country voted for in 2019. The government has a limited mandate for its policies, and the inconsistencies and conflicts at the heart of the Tory party will make the politics of governing increasingly difficult for whoever succeeds Truss as the new PM. While the week has been dominated by the Prime Minister being forced to operate on a zero hours basis, Yvette Cooper’s powerful response to the Home Secretary could not go without mention.

Before her departure as Home Secretary, Braverman did not hold back as she blamed the Labour and Lib-Dem “coalition of chaos” for ongoing climate protests in the capital. Once again banging the “anti-woke” drum, Braverman resorted to “tofu” and “wokerati” in renewed attacks on opponents of the Tory party.

But Cooper’s response did not fail to disappoint. Her calm authority will imbue Labour supporters with the confidence that Home Affairs will be in safe hands. Whilst the now-ex Home Secretary will be left to regret hitting out at the Tofu mafia. 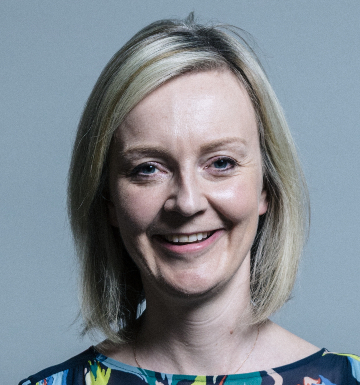 No prizes for guessing who is taking this week’s ‘Who’s Not’ spot.

It has been a tough old week for Liz, forced to U-turn a staggering 10 times before finally giving in to the inevitable and announcing her resignation.

These U-turns, along with her complete lack of political capital, meant that her government was no longer her own and her political project no longer made sense. ‘Trussanomics’ has been demonstrably rejected by the markets, the catastrophic polls show the public are not interested and the politics within her own party finally caught up with her.

The appointments of Hunt and Shapps mean that the One Nation group is currently in charge of government, but for how long? The Tory Party may very well be ungovernable and we don’t envy whoever takes on the mantle.

Whatever your objective or campaign, we are happy to talk to you about how we can help. Get in touch with Whitehouse Communications, leaders in political campaigns for charities, businesses and other organisations. Contact us to find out more.