The Brexit negotiations are in desperate need of some creative thinking – this is probably the only thing everyone in Brussels and Westminster can agree on. No major progress was announced after the last round of talks, which doesn’t bode well for the EU Council summit in December. Here, EU leaders will determine whether the talks can move on from negotiations over issues such as the bill Britain must pay to leave to future trade relations between the two – which the UK desperately wants to discuss.

To add to it all, the hotly contested EU Withdrawal Bill has made its return to the House of Commons this week. Tory rebels and opposition parties have tabled swathes of amendments to alter this piece of legislation which will enshrine all EU rules into British law before our legislators will pick it apart bit by bit.  Parliament will clearly be very busy until Christmas.

To help ignite the spark of inspiration, the Whitehouse Consultancy and PubAffairs EU hosted a Brexit themed Dragon’s Den competition to explore a range of future relationship scenarios for Britain and Europe post March 2019. 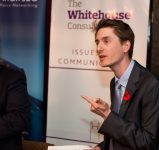 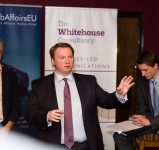 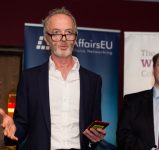 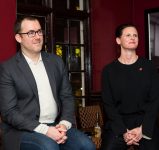 Each of our three panellists – speaking in personal capacity – represented a distinctive idea for the future. Policy pitches ranged from reverse and remain, through looser European Economic Area-style arrangement, to a vision for a Global Britain that looks beyond the EU to forge new relationships with emerging economies.

Built to guarantee prosperity, peace and power for Member States, Hugo Dixon, Editor-in-Chief of InFacts, argued that leaving the EU can never be the right thing to do for Britain. Instead, we should throw our weight behind major reforms to complete the internal market and work with others to combat the biggest challenges, from climate change to migration. On its own, the UK will find itself squeezed between the EU, the US and China.

But how realistic is a “reverse and remain approach,” considering we have only a year left to change public opinion and restructure the current political landscape which sees the pro-Brexit Conservatives in the government’s driving seat? A majority of MPs, including those on the opposition benches, are keen to deliver the referendum result and not want to be seen to divert the “will of the people.” Public opinion on Brexit has yet to shift away from leave and back to preferring EU membership; thus far, it seems we are set to exit. This results in a need for pragmatism, argued William Bain, EU and International Policy adviser at the British Retail Consortium.

The best option to both honour the democratic decision made by the people of Britain whilst protecting British business from the fall-out of Brexit is to retain EEA membership. Brexit can only work if jobs and the economy take centre stage in the thinking of those negotiating Britain’s exit terms.  The UK needs a trade deal that keeps the UK as close to the EU as possible.

But is a half-in-half-out approach desirable? Timothy Stafford, Research Director at the Henry Jackson Society, declared that Britain needs to refocus and move on. The future lays beyond Europe – Asia should be the major focus of Brexit Britain. The Government needs to concentrate its efforts on preparing the country to seize these opportunities.

At the end, our judges thought Timothy’s approach was the most refreshing and crowned him winner of our Dragon’s Den. Whilst naturally, not everyone agrees with Timothy, we at the Whitehouse Consultancy believe in passionate debate. Hopefully, the evening will have helped attendees to see a different perspective! 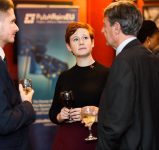 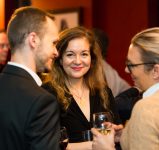 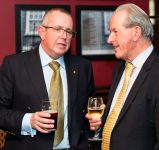 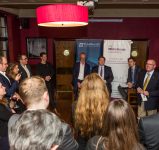 To view all the event photos, please visit PubAffairs Networking.